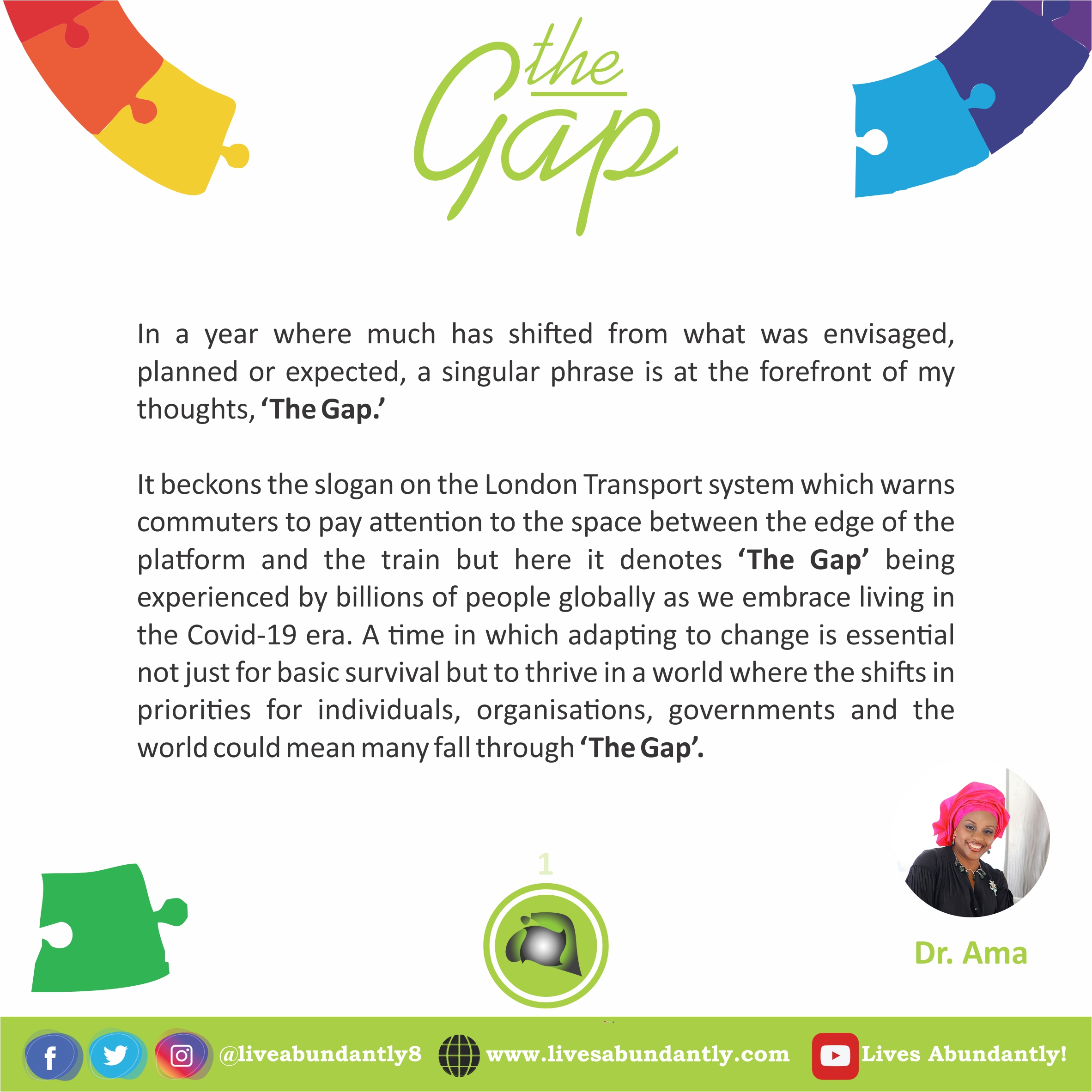 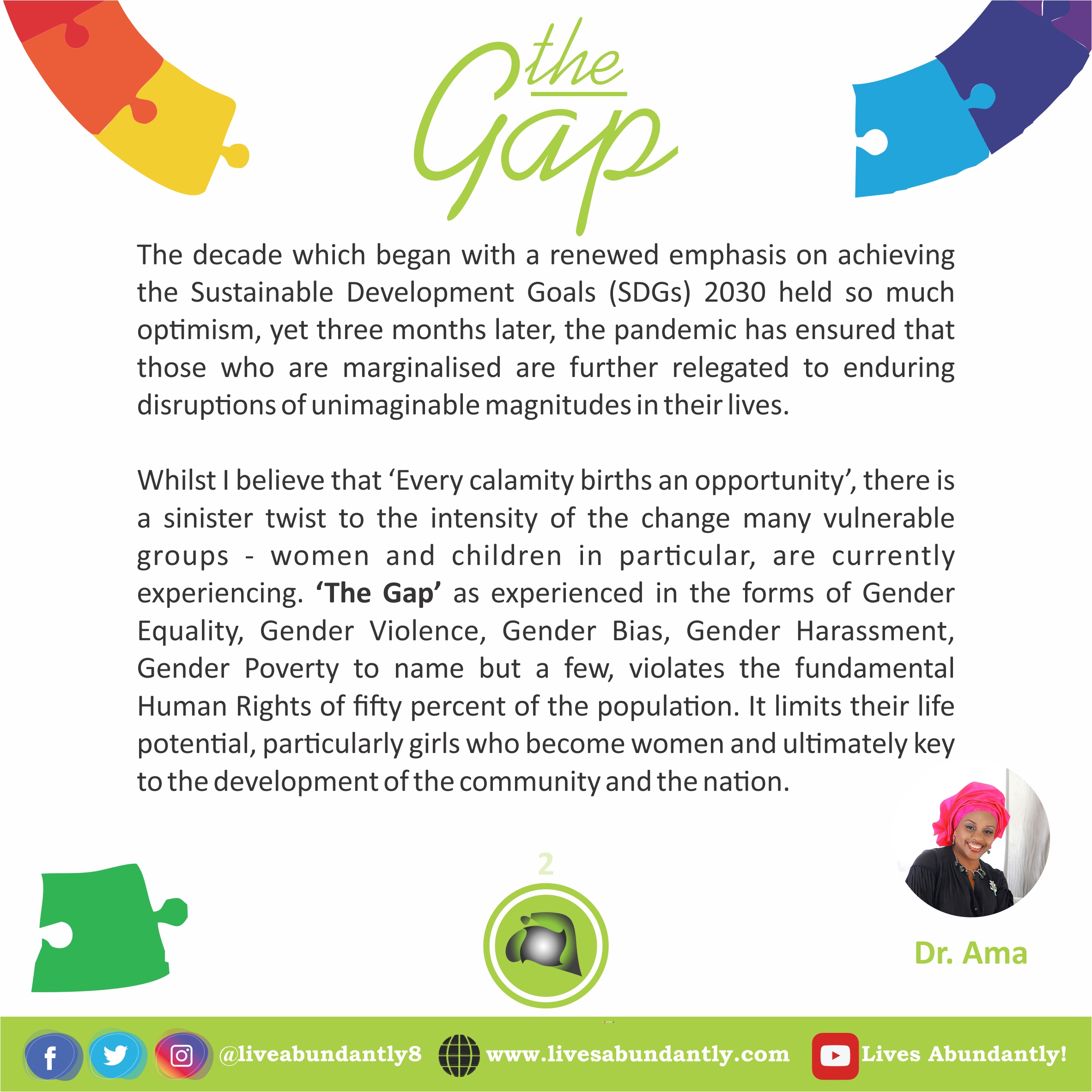 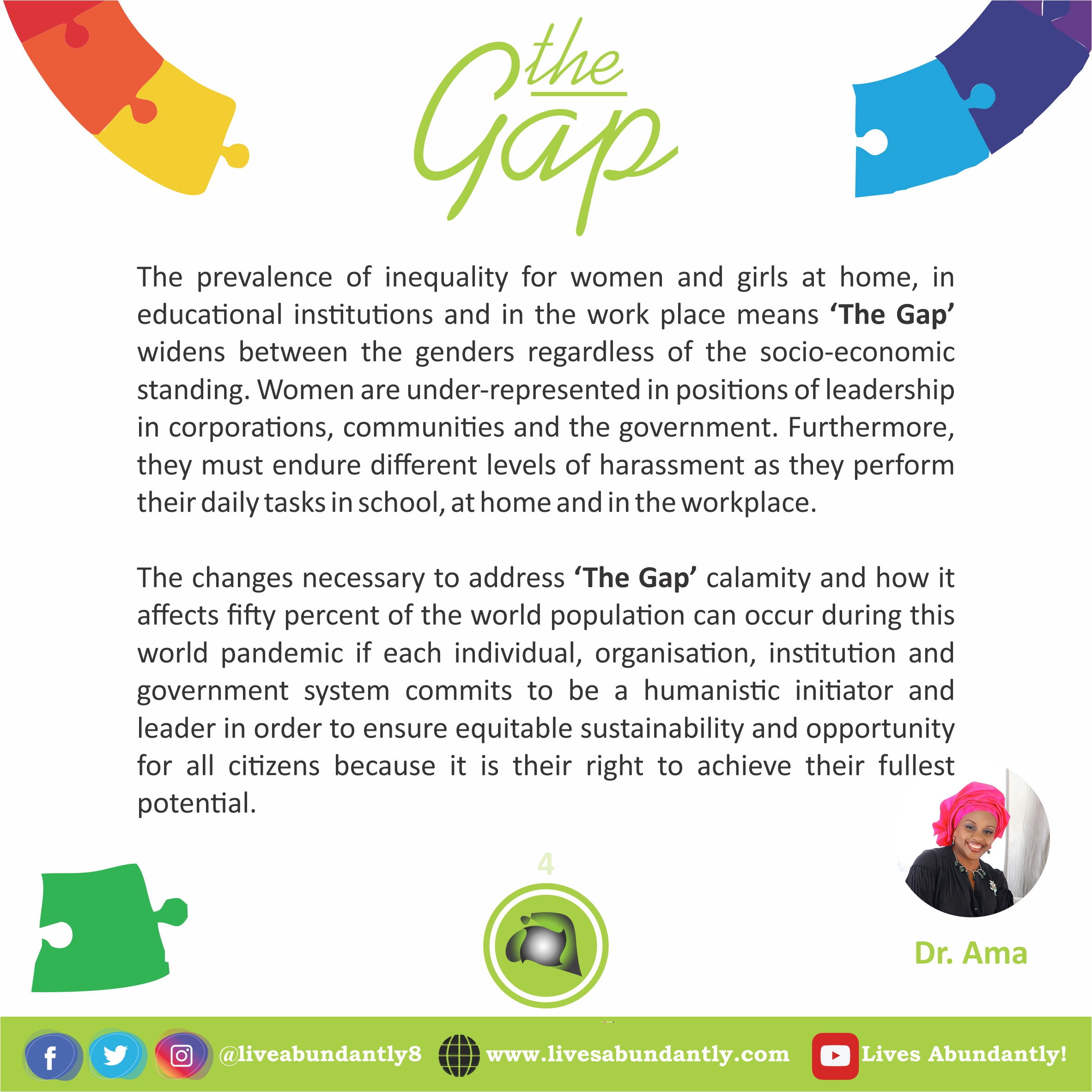 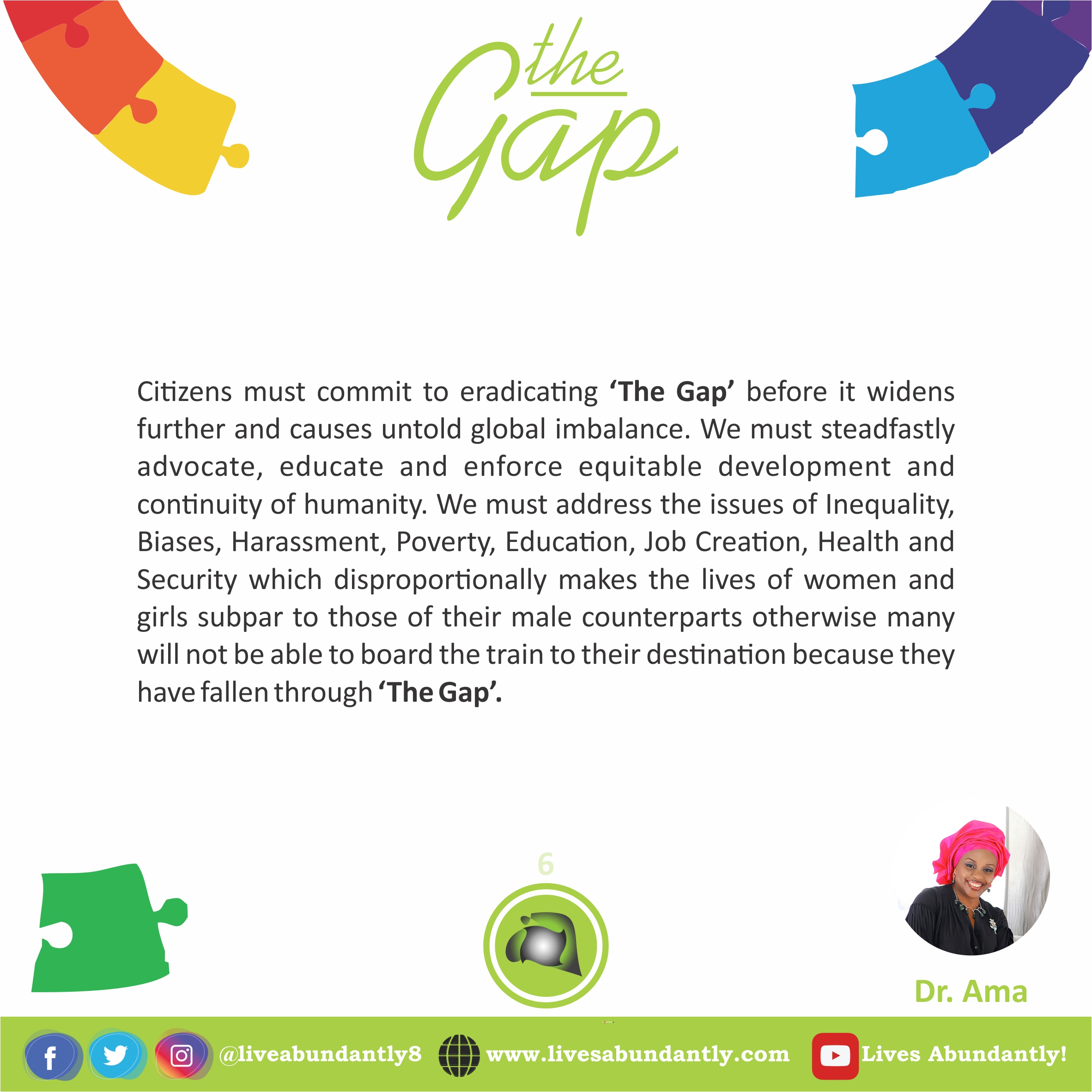 In a year where much has shifted from what was envisaged, planned or expected, a singular phrase is at the forefront of my thoughts, ‘The Gap.’

It beckons the slogan on the London Transport system which warns commuters to pay attention to the space between the edge of the platform and the train but here it denotes ‘The Gap’ being experienced by billions of people globally as we embrace living in the Covid-19 era. A time in which adapting to change is essential not just for basic survival but to thrive in a world where the shifts in priorities for individuals, organisations, governments and the world could mean many fall through ‘The Gap’.

The decade which began with a renewed emphasis on achieving the Sustainable Development Goals (SDGs) 2030 held so much optimism, yet three months later, the pandemic has ensured that those who are marginalised are further relegated to enduring disruptions of unimaginable magnitudes in their lives.

Whilst I believe that ‘Every calamity births an opportunity’, there is a sinister twist to the intensity of the change many vulnerable groups – women and children in particular, are currently experiencing. ‘The Gap’ as experienced in the forms of Gender Equality, Gender Violence, Gender Bias, Gender Harassment, Gender Poverty to name but a few, violates the fundamental Human Rights of fifty percent of the population. It limits their life potential, particularly girls who become women and ultimately key to the development of the community and the nation.

‘The Gap’ currently means over one and half billion children and youth have had their education interrupted and there has been an increase in cases of gender abuse, reportedly up to twenty percent in places were data is gathered. Children are forced into manual and other forms of forced labour and I would want to add that there has been an increase in Child Marriages as parents attempt to offset poverty by sending their daughters into marriages of despair which ultimately brings to an end of their personal dreams.

Women have already fallen into ‘The Gap’ because their value and their contribution to humanity is already undermined. Women perform seventy-five per cent of unpaid work in society to keep their families and communities viable yet they remain disproportionately marginalised globally. I think of the women who continue to endure all manner of abuse in their homes and/or workplaces because they cannot afford to fall further into ‘The Gap’. The prevalence of inequality for women and girls at home, in educational institutions and in the work place means ‘The Gap’ widens between the genders regardless of the socio-economic standing. Women are under-represented in positions of leadership in corporations, communities and the government. Furthermore, they must endure different levels of harassment as they perform their daily tasks in school, at home and in the workplace.

The changes necessary to address ‘The Gap’ calamity and how it affects fifty percent of the world population can occur during this world pandemic if each individual, organisation, institution and government system commits to be a humanistic initiator and leader in order to ensure equitable sustainability and opportunity for all citizens because it is their right to achieve their fullest potential.

We must commit to inclusivity and diversity in education, work, the economy, innovation and creativity which, in turn, will ensure self-development and growth on an individual, communal, national and global level. We must uphold the laws with respect to each life and the rights of individuals to participate in their society. We must stand for justice for all and act without impunity when another is relegated and devalued as a second-class citizen. We must create orderly and enabling environments for the achievement of personal and collective goals. We must build, establish and maintain the ethos of accountability and transparency throughout our institutions. We must embrace data gathering as a means of ensuring no-one is left behind in the attainment and pursuit of worthy living.

Citizens must commit to eradicating ‘The Gap’ before it widens further and causes untold global imbalance. We must steadfastly advocate, educate and enforce equitable development and continuity of humanity. We must address the issues of Inequality, Biases, Harassment, Poverty, Education, Job Creation, Health and Security which disproportionally makes the lives of women and girls subpar to those of their male counterparts otherwise many will not be able to board the train to their destination because they have fallen through ‘The Gap’.